This project was created for the 2021 ISTD competition brief ‘Lighthouses of the World’. The aim of the brief was to highlight either one or multiple lighthouse(s) from your home country in a typographically stimulating and sophisticated manner.

Due to Scotland having such a rich heritage of lighthouses and lighthouse engineers, such as the Stevenson family, I opted to highlight multiple lighthouses around Scotland. I did this by studying the makings and markings of lighthouses – their markings, engineers, their characteristics etc, and then using a particular lighthouse in the country to put this information into a greater context. For example, I discuss the job of lighthouse keepers and use the Flannan Ilse lighthouse to put it into a new perspective.

Tracing paper is used in tandem with infographics to create interactive and engaging pages that mimic looking through a window or foggy night. The edge is decorated with splatters to mimic the mist of crashing waves, while the bind resembles the rigging of a boat. It is a holistic nautical inspired piece. 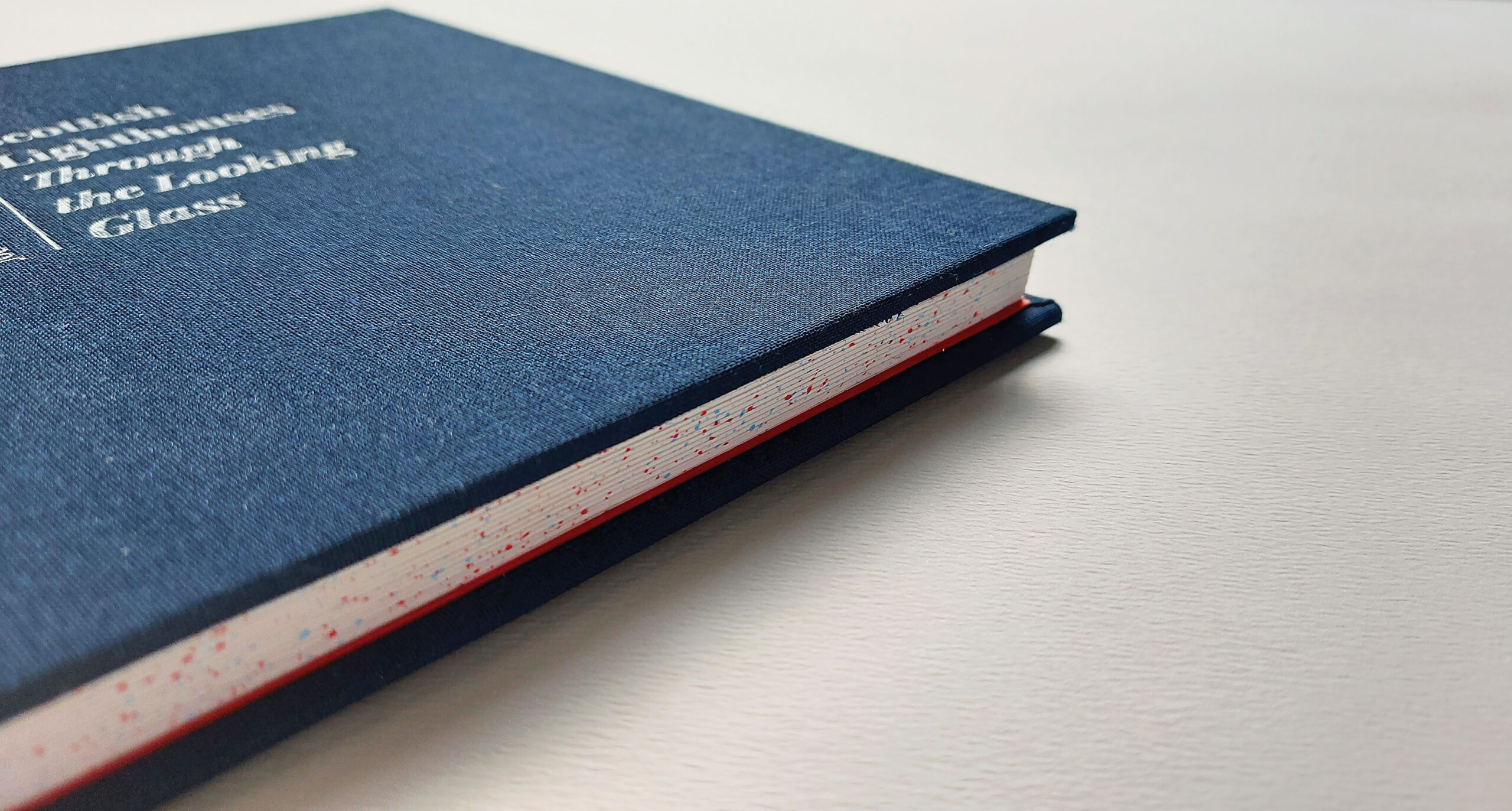 Close up of edge decoration in red and blue 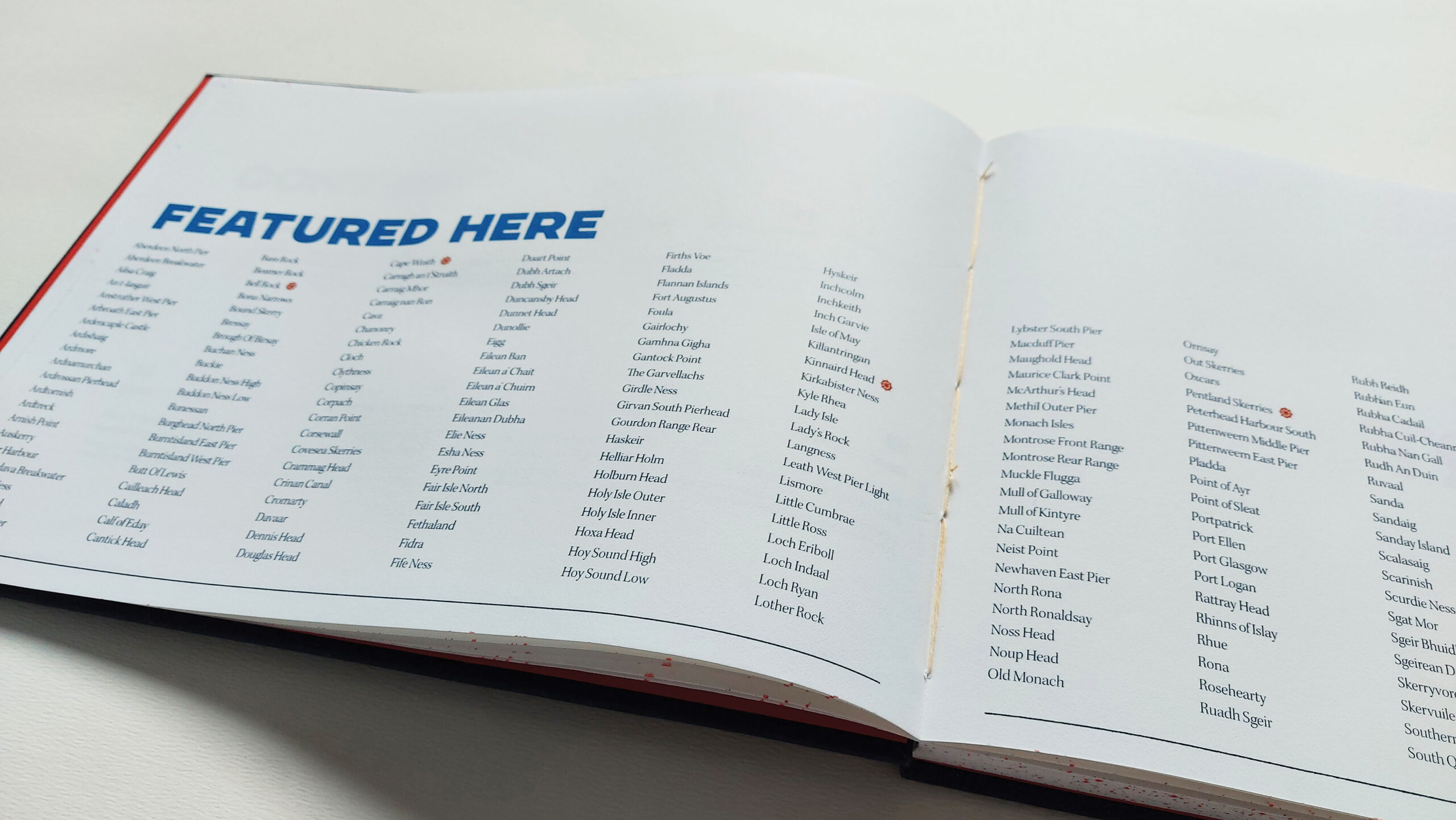 Featured spread with every lighthouse in Scotland 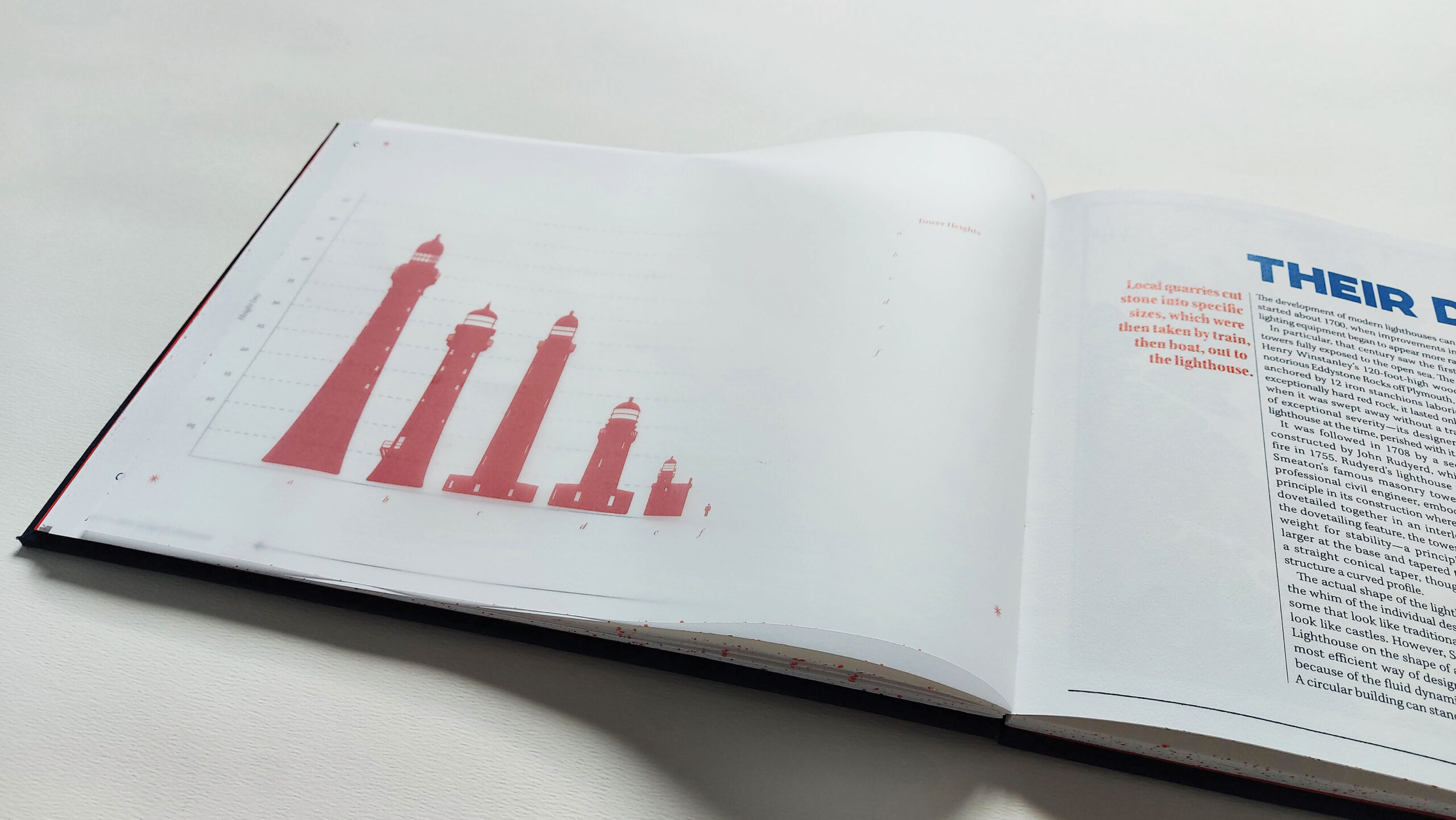 Tracing paper with interactive deigns/illustrations on them 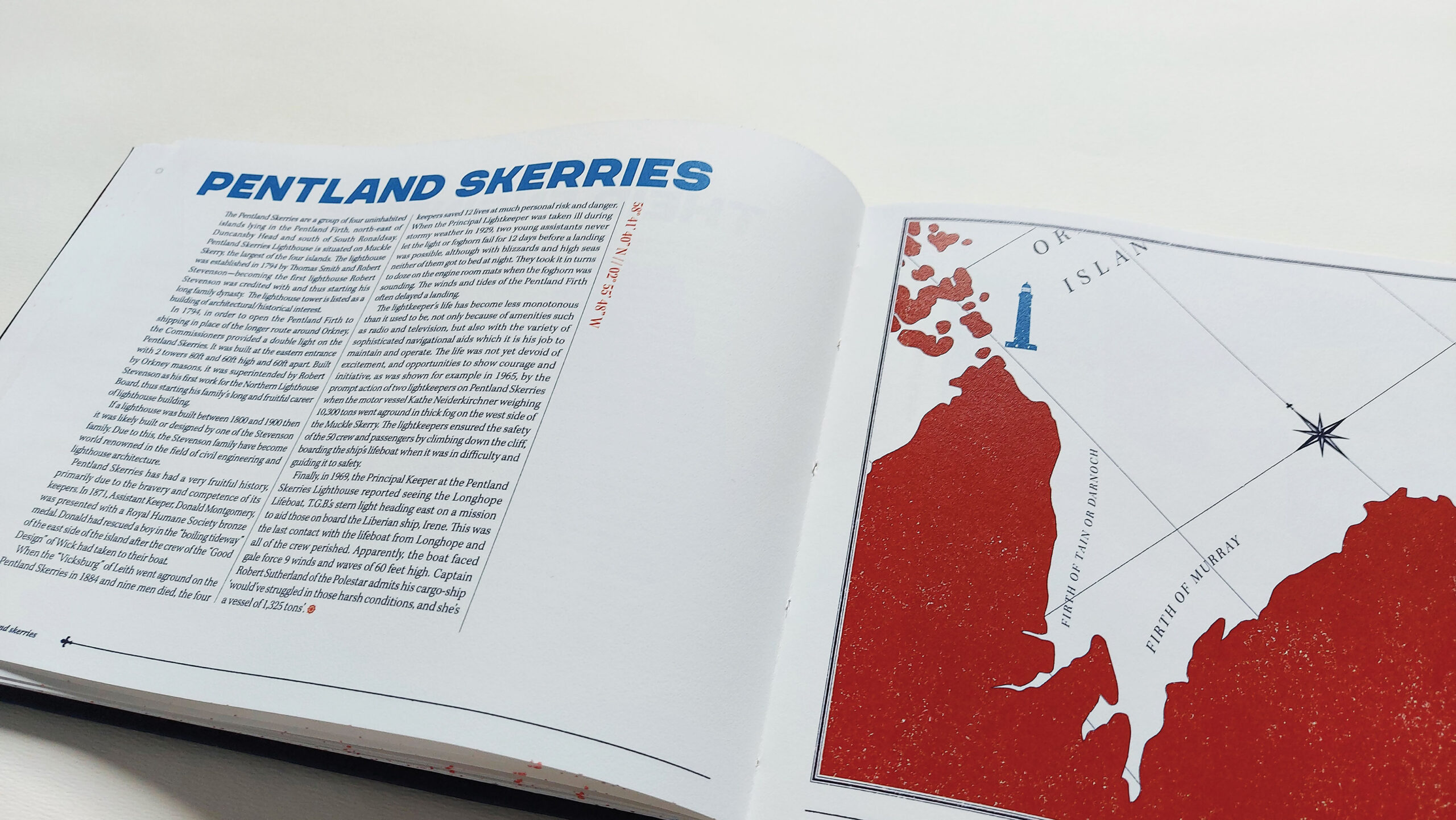 Macro shot of page with map and coordinates 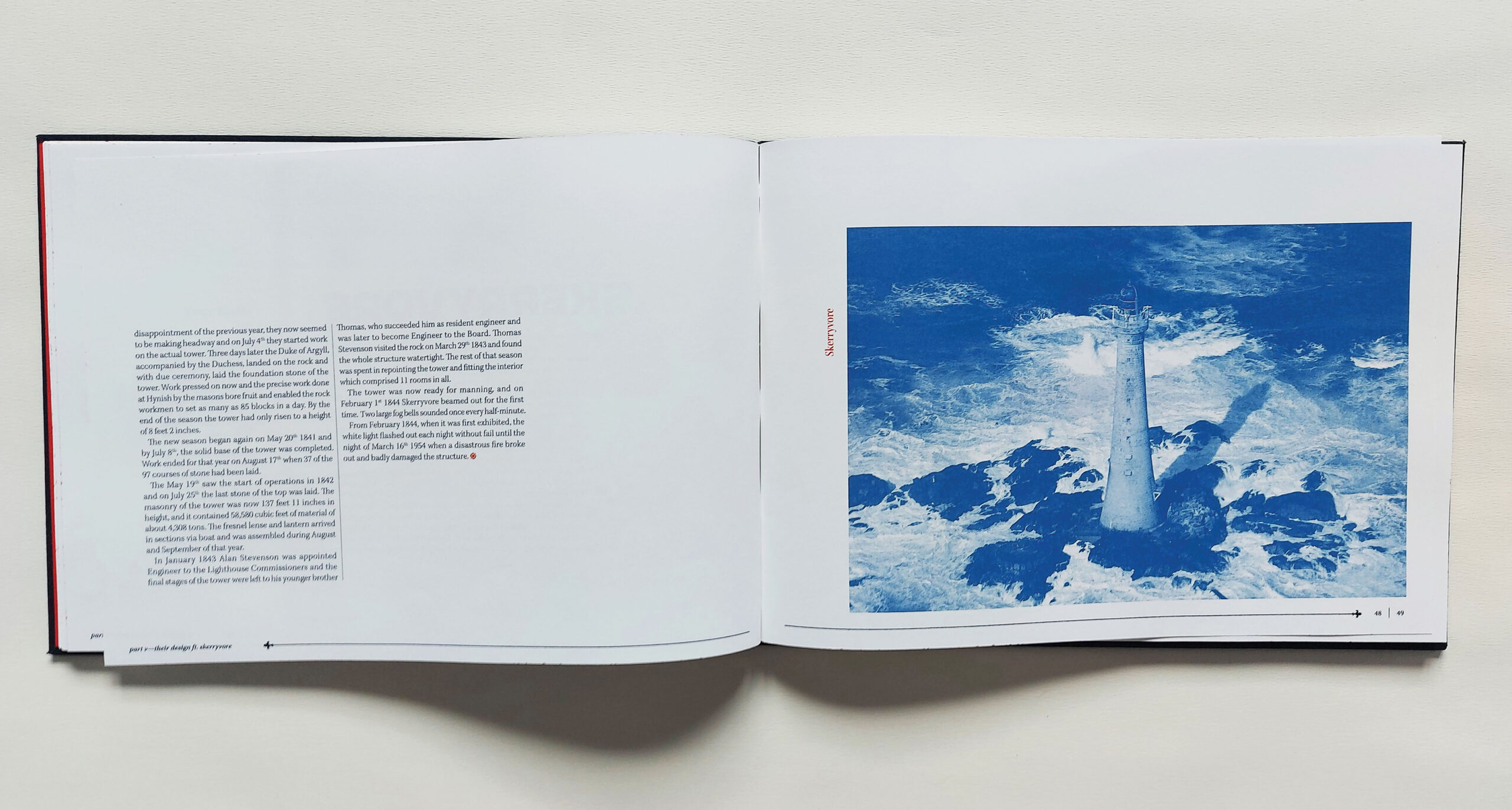 Close up of red captions and type treatment inside the book