The brief given was to create an Awareness campaign around a chosen species which has been effected by the Amazon Crisis. I chose the Macaw as I felt that I could use the inspiration of their blue feathers as the main colour scheme. A problem I found was that it was hard to find a style which wouldn’t allow the campaign appeal to a large Target Market. I overcame this by keeping a clean and neat style throughout and using more focus on rather than having a main use of illustration. To keep repetition throughout I took the countdown effect from the campaign id and placed it throughout the project to represent various statistic about the Amazon and The MaCaw. 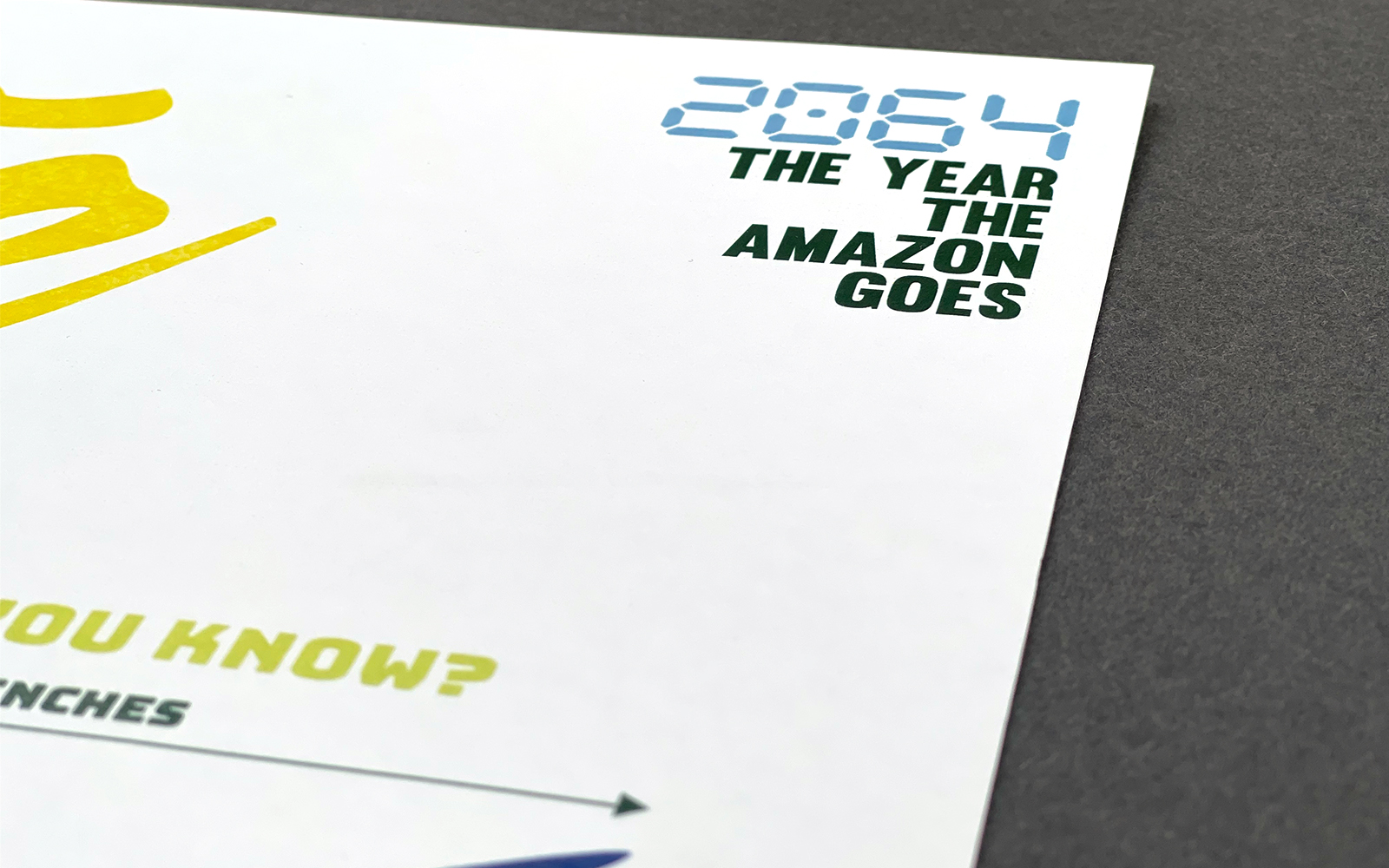 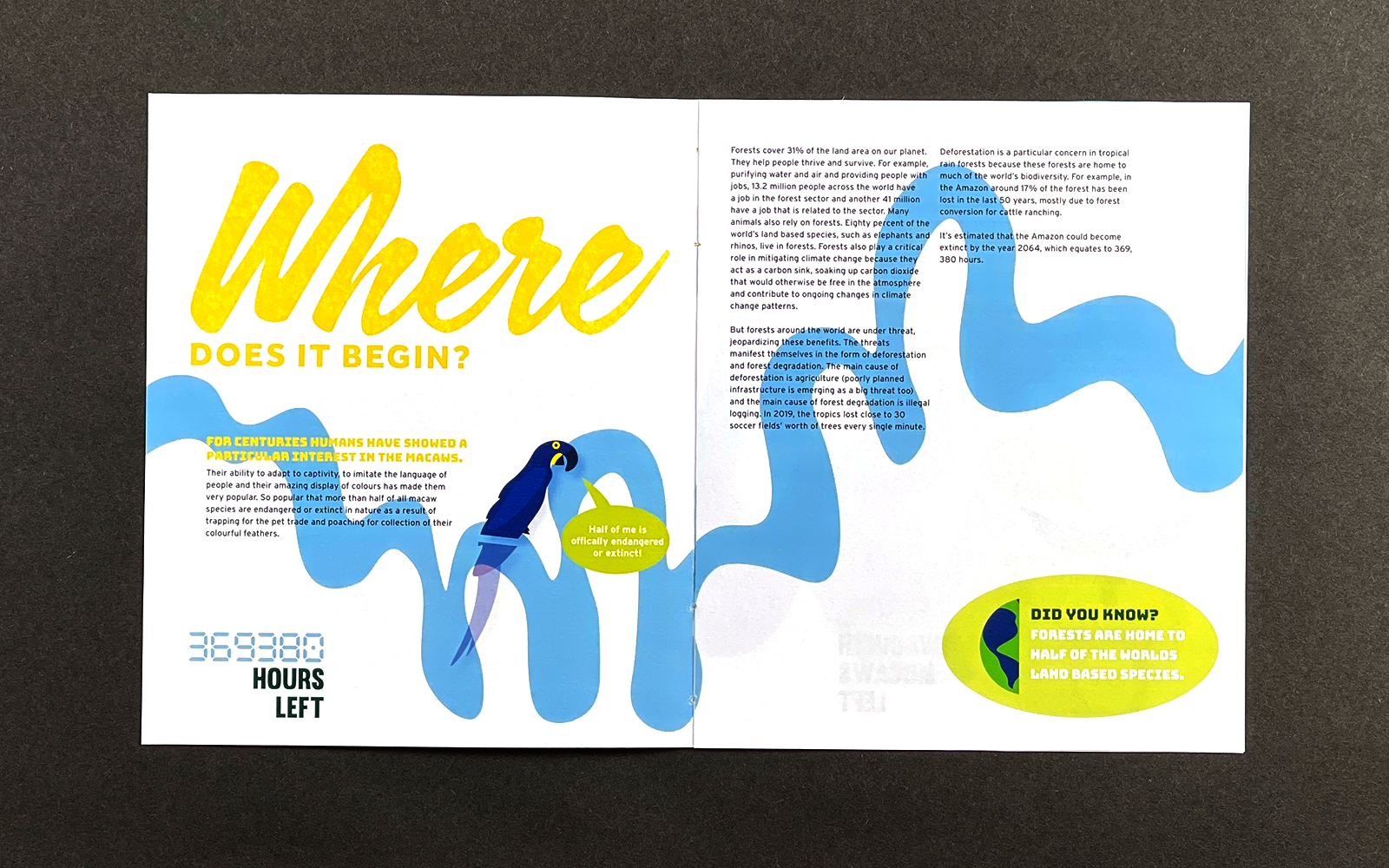 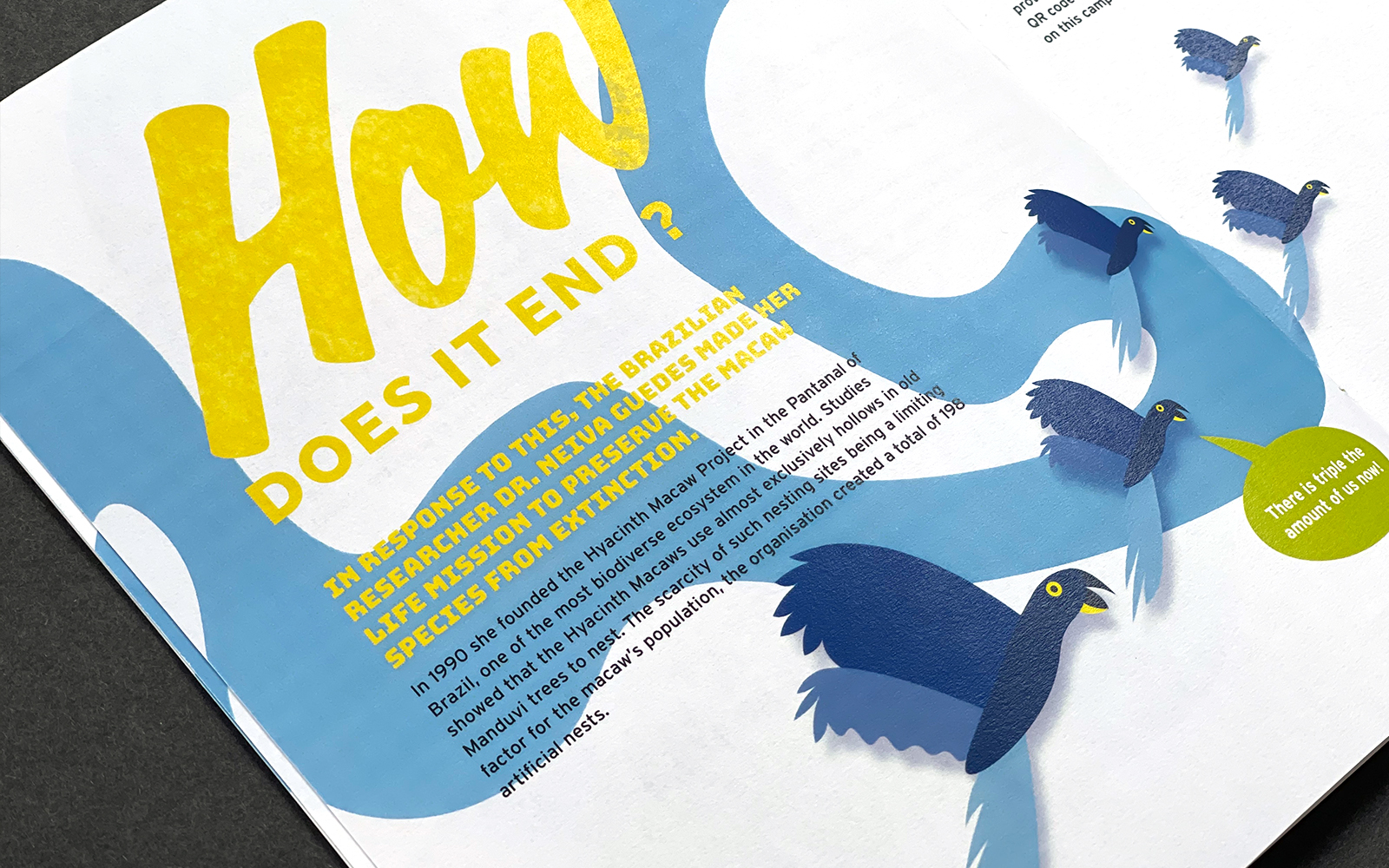